Luscombe Suzuki Leeds are delighted to be able to offer to the market the New 2021 facelift Suzuki Swift 1.2 Hybrid SZ5. The new model retains its great looks and low running costs but has increased its MPG and lowered co2 emissions meaning a saving in your pocket at the pump and you’re doing your bit for the environment with the hybrid system. The SZ-5 has had a major equipment upgrade with some cosmetic and additional safety features. Cosmetically the car still retains its great look but is now enhanced with the Mesh front grille with the chrome enhancement, inside the cabin features include, Dual sensor brake support, adaptive cruise control so that your new swift will keep a nice safe distance between you and the car in front even if you take your eye off the road, Lane departure warning and lane departure prevention and weaving alert which will let the driver know if you are drifting lanes and autonomously start to correct the steering wheel for safety, Blind spot monitor so that you know if anything is approaching as you wish to change lanes, and rear cross traffic alert giving you knowledge of passing people or things when going backwards, Traffic sign recognition and rear parking sensors along with reverse camera giving you inch perfect parking. New colours have also been added to the range which will ensure you stand out from the crowd. Call today to make an appointment and visit our award winning dealership and test drive the new Suzuki Swift, and remember we won’t sell you a car but we will help you buy one!

What Is A Mild Hybrid?

A mild hybrid (MHEV) is a type of car that contains an electric motor that assists the engine rather than directly driving the wheels. In Suzuki’s mild-hybrid system, a ‘starter generator’ and a small battery pack are called upon to assist the engine during acceleration. It also runs the engine start/stop feature, thus saving on petrol and Co2 emissions.

How Does It Differ From A Full Hybrid?

Due to only having a smaller battery, a mild-hybrid car doesn’t run on electric power alone, where, at low speeds, a full hybrid typically can. However, the size and weight of the battery and motor are small, meaning that especially on smaller cars, there is minimal added weight which ensures they are still great to drive while being even better on fuel economy & Co2 emissions.

Do I Need To Change How I Drive?

No! A mild hybrid is as close to your normal petrol or diesel car as you can get. No change is necessary to how you drive, the only thing you might notice is very slight resistance while the kinetic energy from the wheels while coasting is used to recharge the battery using regenerative braking.

What Are The Benefits?

Put simply, you get the benefit of lower CO2 emissions and increased fuel economy vs an equivalent petrol or diesel, without needing to change anything about how you have always driven, meaning no compromises. Plus they can be better to drive with improved power delivery in certain models.

In the smaller cars, a 12v mild-hybrid takes care of the engine start/stop, restarting the car quietly and smoothly. It also assists the engine when accelerating or moving off from a standstill, reducing petrol usage. It can also use deceleration energy to charge the battery. The 48v found in newer Vitara, SCross & Swift Sport models does all this but with a bigger battery, it can assist the engine with instant torque for a better driving experience, for example, to boost torque while the turbocharger kicks in. It also can force the engine to idle when decelerating, eliminating all fuel usage.

Who Is A Mild Hybrid Most Suitable For?

A mild hybrid is the ideal choice for anyone who doesn’t want to change how they drive and how they’ve always driven, but while wanting to help do their bit with lower CO2 emissions and improved fuel economy. Lower running costs than your existing petrol or diesel car and a better drive, with no compromise on space, weight or how you fuel it up.

Calculate finance for this vehicle 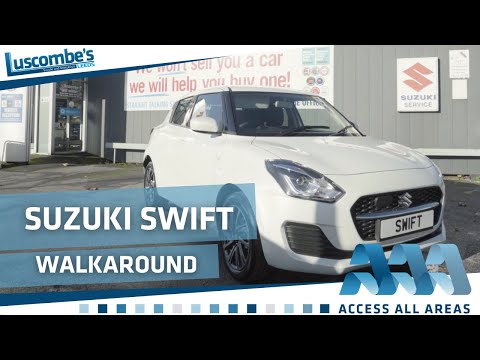